A Venture for Adventure

Most of you, readers of Jonathon Engels and patrons of Jonathon Engels: A Life Abroad, are now very aware of the new project—The NGO List—my wife Emma and I have begun. Even so, I thought instead of writing another NGO profile this week (The NGO List has taken over this duty), I would direct your attention to our new website. Let’s not get ahead of ourselves, though, what kind of blogger/writer would I be if I didn’t ramble out a few lines first.

This year I wanted to do a little something new with my blogging. Up until January, I’d spent the better part of a year writing a lot about work and life in general as an expat, but I decided to strive for a little more: more variety, more of a challenge, and mostly something more meaningful. So, I came up with four monthly topics: an NGO profile, book reviews, Guatemala (my current expat home), and an expat anecdote. It seemed to go pretty well. This year’s blog has attracted over 20,000 unique visits so far and is gaining more and more readers each month.

In July, I discovered a few interesting articles about making money via blogging. Feeling a little annoyed with my inability to earn a living freelance writing, and armed with a new wealth of info, I decided to give it a go. In the past, Emma and I had tried to find places to volunteer a few times, but unless we opted for “volutourism” companies, it was much more difficult than expected. After some consideration, soul searching, noticing that my NGO write-ups did pretty well (my number one blog post is about Las Manos de Christine, an NGO I worked for a couple of years ago), I settled on making a website about NGOs.

In the next couple of weeks, I followed the instructions of a website about making moneymaking websites: Smart Passive Income. I researched good SEO names, purchased a domain, and promptly failed to understand Word Press, which apparently is the simplest blog creator ever. So, now a couple hundred dollars into the project (about 25% of what I’d made writing this year), I began to moan, whine, and fuss to my wife and visiting mother-in-law in the evening. Eventually, I had to ditch Word Press, despite Smart Passive’s instructions, and I used the same blog creator my personal website is on, which I highly recommend (Weebly.com).

Then, the List got rolling. Evenings started becoming exciting, with notebooks and ideas spread all over the table. I decided, rather than writing a bunch of articles and copy for friends and family to wade through, I’d compile a massive, OCD-organized list of NGOs for people interested in volunteering when they traveled. I started with Guatemala, and by the time the other Central American countries were getting their rightful pages, Emma had joined the project and took over researching, allowing me to handle design and website building. 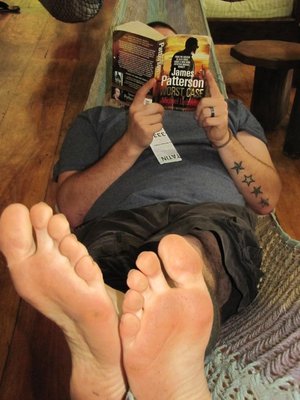 By the end of September, with the Central American list complete (over 70 NGOs), we did our first promotion. The response was incredible. The NGO List outdid my personal website that weekend, and by mid-October, had come to draw over 100 visitors a day. In less than a month of being up and about, we were pulling nearly a 1000 people a week to the site, more than Jonathon Engels: A Life Abroad has ever enticed. Energized, Emma and I increased our efforts to get the South America list together (over 80 NGOs). Now, we are on to Southeast Asia (over 20 already, in Cambodia alone).

The NGO List has come to occupy the bulk of my freelance work time these days. The site has me so excited, and incredibly, Emma and I have found ourselves referencing our own site to plan our upcoming trip to South America. That more or less did for me: The NGO List, I know, has amazing potential to help people, grow into something bigger, do some good in the world, and possibly yield a more promising income than freelancing online.

To date, the site has earned us exactly nada. I’ve monetized it using affiliate links—Better World Books, Lonely Planet, HostelWorld, and Vayama International Airfares if anyone's interested—that pay us a commission when visitors use the links on our site to access their services and buy something. It doesn’t seem to be working, but I have hope (and plans to explore other income avenues). Regardless, we’ve gotten so into the project that the money side of things would be gravy. This NGO List has me jumping around the world, daydreaming about trips to come, new projects to discover. It’s just exciting.

What an awesome resource for those of us who are always seeking new ways and avenues to "be the change". Look forward to following along!