Why Howler Monkeys Howl & Other Animal Tales from Totoco

Visit my website for more blogs from around the world, articles on travel miscellany, and great links to other great sites.

It was our first night in Totoco. We’d climbed onto a little platform, enough for a double bed and a bag, above the farm’s open-air communal dining room. There was a dirty, old mattress with ill-fitting sheets, thatched A-frame walls of palm leaves to the left and right, and our headboard was the night sky. Emma had lit a mosquito coil on a shelf that dangled on chains fixed to the ceiling beams. At about four am, the growling began. 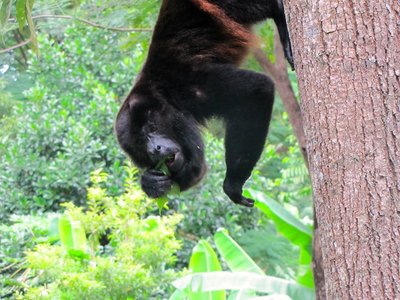 Life on Ometepe Island was a first regular exposure to monkeys. I’ve seen several species from a fair distance, usually tree-bound and far from anywhere I’d be sleeping. So, when the howlers began that morning—it starts with a throaty rev and builds into an all-out croaking roar—I was sure they were within striking distance. This was not pointing to a couple of dangling primates spotted by a guide on a jungle hike. These creatures were near, and they sound pissed.

Once it woke me up, I was really awake, my fingers clutching to the mattress, eyes flung ajar. My whole body had tensed into a ready position. Ready for what, I do not know, but soon enough something was rooting around in the kitchen below us and growls turned into terse snorts, sure signs of seething aggression. The morning had created a luminous glow, and after some discussion—“I’m not going down there. Have you seen a howler monkey’s teeth?”—Emma and I decided to peek over the edge of our loft.

There, in the middle of the dining room floor, the Totoco organic pig was snout-ing out a massive hole. To be honest, at the point, I wasn’t super excited about going down to meet the pig. 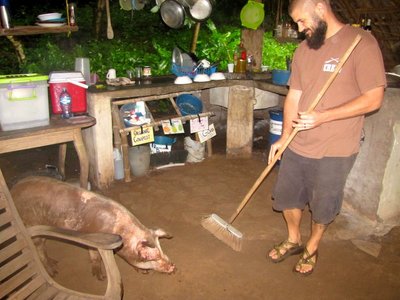 A couple of days later, I found out why howler monkeys howl: It’s a territorial thing, the equivalent to shouting again and again, “I’m here!” This apparently keeps other monkeys at a distance. Why it has to be done at four am, I still don’t know, and the irony of the Totoco troop is that our section of the forest was too removed from other trees for neighboring monkeys to invade. In the weeks to come, we had several up-close encounters (as little as a few yards/meters) with our guys, who loved to nibble on the leaves of the papaya tree outside the kitchen.

Two Toads Diverged in a Wood

I’m not sure exactly what animals I expected to see in abundance there—monkeys were on the list—but toads had not really occurred to me. However, come nightfall, you’d think a plague of Revelations had kicked off: Walking required watched were you stepped, not just for balance but for animal preservation. Giant cane toads were everywhere.

By day, they’d disappear, and that’s where I’d begin to jump. I’m a pretty squeamish guy for sporting such a manly beard, so when digging through a pile of rocks or rotten sticks, a common occurrence at Totoco Farm, I’d always be prepared to drop my shovel and run for dear life at the sight of a coral snake. I never saw one. But, I nearly wet myself a dozen times or more when I unearthed sleeping cane toads. Holy jumping Jesus!

Never did learn if it caused warts if a toad made you pee yourself. 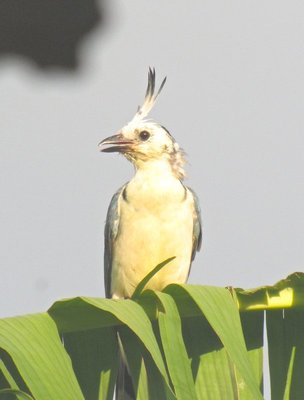 What’s that in the sky? Is it a magpie? Is it a jay? No, it’s a magpie jay! The white-throated magpie-jay to be more persnickety.

I’m no ornithological expert. In fact, my version of bird-watching consists of pointing at birds and whispering—God forbid I scared it off with me vocal volume—“That blue one’s purty.” And, the white-throated magpie-jay certainly qualifies for a whisper. It’s bright blue with a slender tail feathering down about a foot below it’s body, and atop its head is a little Mohawk of black squibbly things.

The problem with the magpie-jay is that, despite its wildly exotic outfit, they are freaking everywhere on Ometepe. They fill the morning air with cackles (to go with the howls). They fill the roadside trees with flashes of blue and white. For about the first hour on the island, they completely mystify. After that, they’re reduced to being “another one”. 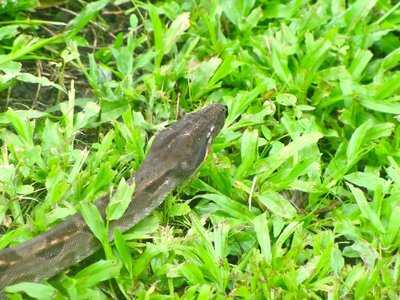 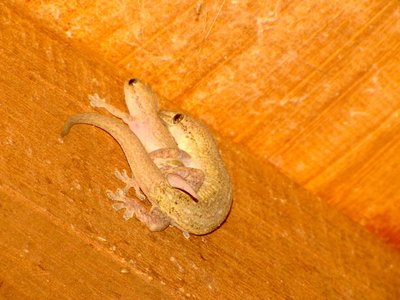