To Truly Call Myself a Hobo

It’s no secret that, as the years I spend abroad increase, so does my capacity to do things I once would not have even entertained. I’ve slowly shed things like air conditioning, TV (though I do have a pretty substantial hard drive of crap to watch), ovens, dryers, and various comforts that were more or less a given in my daily life for the first 27 years.

I’ve learned to live from a backpack, two actually—a computer/important stuff bag I wear on my abdomen and a rucksack on my back. And, beyond the things that fit in these bags, I have little in material possessions: some books in my father’s attic, some stuff—I can’t remember what—in my mother’s closet, and three or so guitars strewn across the world.

Sometimes, admittedly, I can be a bit too prideful about this fact. A bit too “all I need in life is…”, as if such minimal existence should be something for which we all strive. Sometimes, perhaps, I can take the penny-pinching, the lack of luxury, a bit too far:

Emma and I entered Panama on January 2,, fresh off a few days on the Caribbean coast of Costa Rica. We’d been living on about $20 a day, a high mark on our budget, so we’d reached the points of both needing to cut cost for a little while and needing to get back to volunteering somewhere. We’d found a work-stay situation in a place called Arenosa, off one of the lakes formed by the Panama Canal.

We’d caught the first bus to Sixaola (in the far southeastern corner of Costa Rica) at 8:30 that morning, and our goal was to get to a town—Coronado—just north of Panama City. It was a journey that probably shouldn’t be attempted as a one-day affair. The borders on both sides had long, slow lines. The transportation we were using was local, a huge cost-cutting strategy that meant each journey would take significantly longer. Even if all things would have gone right, which they didn’t for us*, we would have ended up in Coronado, a town with nary a hostel, well past dark. 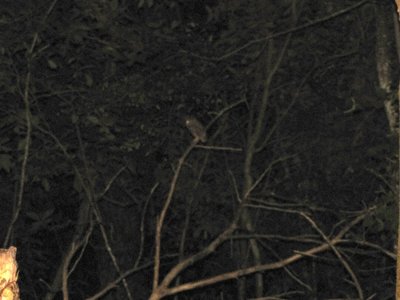 (*Some Back Story to Consider: At immigration, we were both pulled into a side office and told we could not enter the country without a plane ticket out. We didn’t have a plane ticket because we are hoping to boat our way out of here. After explaining this to the agent, she presented us with the option of returning to Costa Rica—once, twice…until finally we asked where we might find an Internet source. We bought two refundable tickets from Panama City to Cartagena so that we could pass through immigration then cancel our flights. Does something not seem seriously flawed in this policy? Note: We will have to do the same thing for Colombia.)

We were meeting our work hosts the next morning anyway, but when in budgeting mode, Emma and I both get a little out of sorts. Extreme. Despite our time setback at the Guabito border crossing (we left at about 2:30 as opposed to 11:30), we were still going to try to do it in a straight shot, willing to nap in a bus station somewhere if necessary. We arrived in the city of David, Panama’s second largest at a little more than 100,000 people, at about 7:00 at night, still with six hours to travel.

The math wasn’t working out, and once again, we were facing some rather unfavorable options: Fork over the cash for a hotel for the night (about $30) or arrive in Coronado between midnight and four a.m. We decided to take the last bus out and…I’m not sure what we thought would happen when we got to Coronado.

Fade to black and hear the sound of air brakes squeaking.

The bus had slowed down and turned on the lights long enough for the steward to find us. He examined our seat numbers before asking, “Coronado?” He took our luggage ticket then he disappeared. Moments later, the bus stopped completely, and I looked at Emma, who looked at me.

Outside, the man had already found our bags and put them on the curb. He climbed back aboard, and the door closed behind him. The bus left us. There. At a small bus stop—one metal bench under a little roof, no lights—somewhere along the Pan-American Highway. 2:00 AM. Nothing was open.

I often joke about being homeless, probably a tad distasteful considering some people’s very real and exceedingly difficult situations, but I rarely have felt that way. While I’ve gone long stretches, months even, with no residence to speak of, I’ve not actually been without a roof or, at the very least, a tent. I may have wondered when the next rest stop would be or if I’d be able to find vegetarian fare besides a bag of peanuts, but I’ve never wanted for food. Still, as any backpacker and/or long-term traveler, I am often hobo-like in my existence, willing to do what others will not in the name of traveling more and longer. 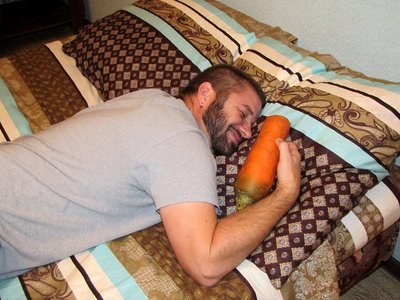 I’ve slept in bus stations, train stations, and airports instead of using a hotel. I’ve traveled thirty-six hours to avoid the cost of a layover. Not a month prior, I’d stretched out on a bench on an overnight ferry across Lake Nicaragua and fell asleep to a Dolph Lundgren movie. Even so, I’ve never actually had no choice but to sleep on the streets. But, when Emma and I had left David a few hours back, the option of a place to stay stayed behind.

The road stretched straight and disappeared into darkness in both directions. Around us were the unplugged ghosts of neon signs and storefronts, long since closed, for there was no traffic or shopping to be done in the 2:00 AM version of Coronado. There was only us and the passing of long-haul trucks and overnight buses. And, there were quite a few hours to go.

After being shooed by a security guard at the only place with any lights (for some reason, it seemed safer there), a hundred or more yards down the road, we settled under the eave of a corner liquor store in a strip mall. We piled all our bags in the corner, in case a very sneaky burglar tried to swipe them, and did our best to get some sleep. On the concrete. Outside. A first for us both.

We spent a night out on the streets, all of our belongings stacked next to us for safe keeping, simultaneously utilized as pillows and props, and we were hoping the security guard didn’t come from around the corner and shoo us off again—vagrants!

The fact of the matter is that, at the moment, we actually were without known direction, without access to shelter, and without even a means to call the only people (our work hosts) we sort of knew in the area, and that is where this life of budget adventure has taken me: definitive vagrancy.

In November, the night before we left our home of Guatemala, a friend asked me to write about what it was like to go backpacking as a person past his backpacking prime. Honestly, I imagined it would continue much as it start: Me, waxing philosophically about the kids in hostels or talking about how much better it is to move slowly and appreciate what I’m doing and seeing.

I hadn’t imagined the older me would actually outdo the younger me in his willingness to be thrifty, to travel hard, and to actually become more the hobo than I was then. That night in Coronado has left me with a strange mix of empowerment, pride, and shame. It has been an odd moment to digest in the weeks following it, but one I definitely wouldn't be opposed to doing again. A new possibility anywhere I go*. 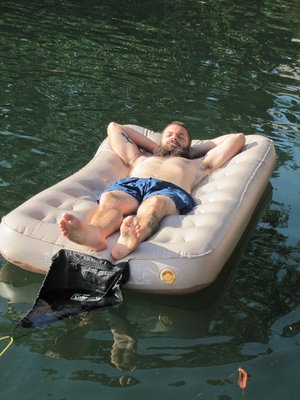 I’m not exactly sure what that says about me.

(*In no way am asserting that one night sleeping in an upscale expat city in Panama is the equivalent to a life of homelessness, something I know to be a serious and complex problem much more dire than bussing myself into oblivion. I’m just surprised by my new capacity to spend a night on the streets when completely unnecessary.)