A Multitude of Death-Defying Acts in Lake Gatun

My backside still wiggling into settled, legs not yet positioned, I was freshly sat in a kayak when, from below on the right-hand side, a trail of green and spindly slithers out of sight.

“I just saw something. It’s either a snake or a lizard.”

We’d planned on racing out to a nearby tree. Emma was already paddling around—somewhat erratically, watching me from afloat, waiting. Options scatter quickly from my mind. A panicky reality spiked. She didn’t even have time to respond… 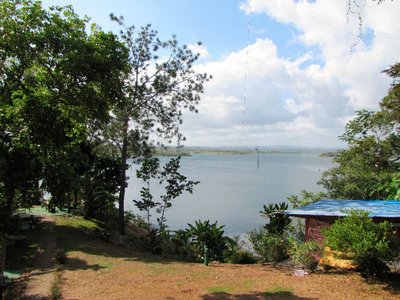 The morning before, walking from the lakeside casita to the main house for breakfast, I scanned the water one last time for caiman.

Emma and I had spent the few nights prior shining flashlights on the water to look for eyes. On the first night, we saw several sets glowing, and we watched some babies hunting minnows in the shallows. A couple of nights later we verified there were bigger ones lurking in the milfoil below.

We had not seen one in the daylight yet, but that morning was different: About five feet long, it’s head above water with it’s body suspended vertically and fully visible beneath the surface, there one was, and it was not in its usual spot.

I yelled for Emma. By the time she arrived with a camera looped around her neck, the head had begun easing away, right through our afternoon swimming spot, passed the water-bound tree house, and ultimately settled in the grass about 20 or so feet from where my kayak resides at this moment in the tale… 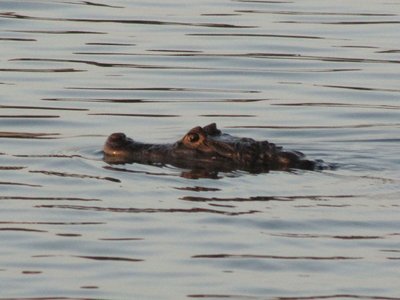 When you see something, a snake or possibly a lizard tail sliding into the foot hole of your kayak, the spot you cannot see into to check, the spot where your bare legs are splayed, your knees knocking the sides, the risk of looking foolish if it’s a lizard no longer matters.

The Fer-de-Lance, aka barba amarilla (yellow beard), is the Latin American equivalent to India’s cobra, Africa’s black mamba, the US’s rattlesnake. It’s said that, after a bite, you have eight hours to get treatment, without which you’ll die. That’s pretty bad. Of the few snake sightings on this property over the last eight years, old yellow beard has featured in over half of them.

With that in mind, instinct took over, my instinct being to get the hell out of that kayak. I dove into the water, leaving Emma a bit dumbfounded as my boat broadsided hers and the double-headed paddle began drifting away—just as the fabled reptile’s head had—into the milfoil.

“It’s a snake!” she squealed gleefully. 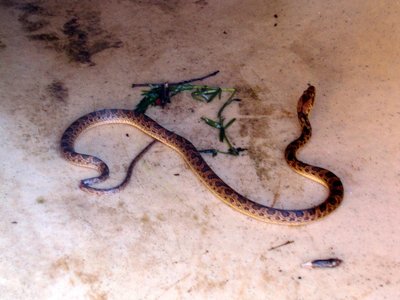 The truth about caimans: Most of them are not that big. The spectacled caiman, the most common and likely what we’d been seeing, can grown up to a couple of meters and weighs less than a full-grown man, at least this one. Hence, they are not exactly a true threat to a human lake swimmer.

We’d known this and continued our afternoon dips. We stayed in the swimming area and left the grass to the gators, your classic Dirty Dancing understanding: “This is your dance space. This is mine.” It was working just dandy. There had been ample water fun for us, plenty of dusky stalking time for them, and no attacks.

The biggest threat to me at that moment was probably the milfoil. Milfoil isn’t just your run-of-the-mill water plant, but rather three of the sixty-some-odd species have so aggressively taken over fresh bodies of water that active control plans have been launched to combat them. Even the Tennessee Valley Authority has weighed in.

Suffice it to say, milfoil has arrived in Panama. Sadly, it’s proven to be dangerous on more than just botanical levels. Some swimmers, even just a few piers down from us, have actually drowned after becoming so entangled in the grass. Search teams eventually gave up and waited for the body to float to the surface. That story had just been one more reason to stay out of where my paddled had gone.

As you may have guessed, I did eventually make it out… 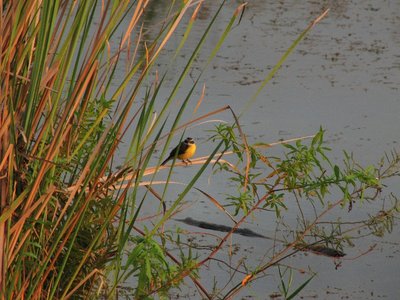 It had actually taken us nearly two weeks to succumb to the kayak temptation. And, we’d only cleaned them up and put them in the lake the day before, a few hours after seeing the caiman was willing to swim in open water. At that time, I’d given each kayak a thorough check—all the compartments, all the nooks and crannies. There wasn’t a snake when it went in the water. How the hell had it gotten there?

Emma haphazardly—this time the haphazardness was a little more excusable as she was paddling one-handed, with the other hand on a snake-infested kayak—towed my kayak over to the loading dock, where I got my first glimpse of what might have been. No idea what type of snake it was, but it wasn’t a Fer-de-Lance.

We pulled the kayak onto the dock, and everyone being officially safe and all, she ran to get the camera. 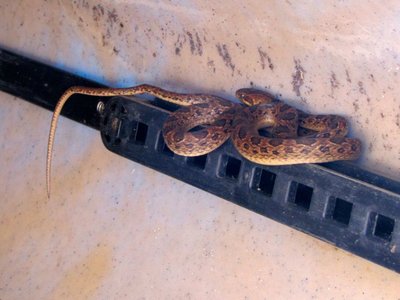 And, that is the story of how I had to choose between a snake-infested kayak or caiman-infested waters, a choice I’d never previously pondered, proving once again the road is full of new and exciting experiences.