Permaculture: Not Just about 80’s Hairstyles

The Magic Circle: Not Just a Secret Hand-shaking Group of Magicians

If permaculture is not a reference to 80’s fashion, then what exactly is it and why should you give a follicle? Well, the short and curly of it all is that, before Emma and I cast ourselves into the organic farming circles of backpackerdom, permaculture was just a word we’d heard thrown around with no real pin in its exact meaning. It seemed like a good idea, but what was it? It seemed like the latest farming trend, but who was doing it—really? The answers eluded us.

Then, as we got into our roles as the foreign farming duo of Glenaven on the Lake, Panama’s most welcoming work-exchange, Emma began investigating what new projects we could do, and she discovered—gasp for air, hold it, anticipate—the “magic circle”. And, being a Harry Potter aficionado and former fan of Wicca, being a current farmer and innovative plant-smith, she just couldn’t resist.

First of all, though, permaculture. 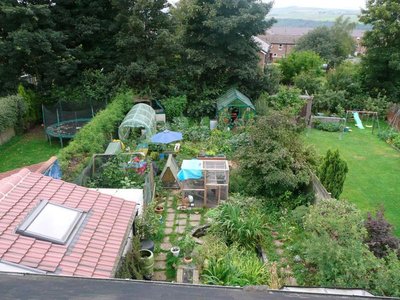 In essence, permaculture is pretty much as simple as being a cool, seemingly logical way of doing things ecologically, from using natural construction techniques to promoting biodiversity to harvesting rainwater. The idea is to be good to nature and nature will be good to you.

You may be asking yourself why this is any different than organic farming. Well, in actuality, in practice, organic farming can be rough on the earth as well. Fields and fields of organically grown stuff can still make a great big mono-crop landscape. Organic doesn’t necessarily mean machine-free or concerned with local wildlife. It simple means no chemicals (or if you really read the labels, possibly some), but in no way does it mean that the farming is necessarily ecologically designed. Rather, organic farming at its best resembles (or is) of permaculture’s tenants, but…

Permaculture is actually more of a cultural, in which all things focus on what works best for nature and what makes nature work best for you. Biological options should be explored before turning to technological methods. Designs of all things—roofs, fences, and wood piles—should be thought through to harness their usefulness, like collecting water, blocking winds, or creating micro-climates, respectively. The things around, from garbage to fresh tomatoes, all have a purpose and should get to realize it. Then, it gets into economics, politics, and education, i.e. all aspects of culture.

An example: The Magic Circle 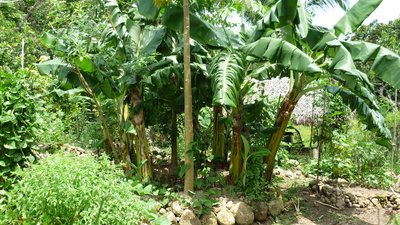 There are several beautiful ideas wrapped by the magic circle. One, it’s a place for organic waste to go, including not just food scraps but also paper and cardboard. Instead of wasting this waste by sending it to a landfill, it feeds something. Two, it is low maintenance. Essentially, you set the thing up, dig a big hole, and let nature do what it does, tossing it a little garbage every now and again. Three, it is really productive. We spend our time building compost bins, turning them, and waiting ages to finally distribute the nutrients, but the magic circle has it’s own built-in composting system, no turning required.

Emma and I built our first one about a week ago. It starts with a hole. Ours was about six feet across and eighteen inches deep (as suggested by the Lazy Farmer). As we dug, we piled the soil around the edge of the circle, creating something similar to a row found in a normal garden, only circular. The soil was soft and primed for fresh roots to grow. In the middle, we took a pile of leaves and cardboard boxes that had been collected for a burn pile (a Panamanian tradition, it seems) and started a massive compost heap. The great thing is that, as this compost breaks down, the nutrients immediately go to the plants surrounding it. Freaking magic.

Now, the other aspect to the project, of course, was actually growing something around the composting hole. Bananas seem to be the norm here, so we followed suit for this first one. A neighbor gave us a dozen plants, about five different varieties, to start with (that’s enough for this size circle). The cool thing about using banana plants is that the shade produced by the leaves means no weeds will grow, which means less work for the farmer. In between them, we planted some sweet potatoes—a good pairing with bananas—another neighbor gave us. Circle complete.

The output is supposed to put normal methods of banana farming to shame. At the risk of sounding cultivatingly uncool, I’m excited to find out. We hope to do some more magic circles when we return to Glenaven on the Lake in mid-April (we’ll be hanging out for six months, developing the farm, seeing to volunteers, and taking care of things—Find us on all HelpX if you are interested). I personally hope to try it with some different crop combinations, maybe some berries, some coconut (a proven crop that combines well with peppers and/or vanilla), and, ah, the possibilities.

The Future with Permaculture 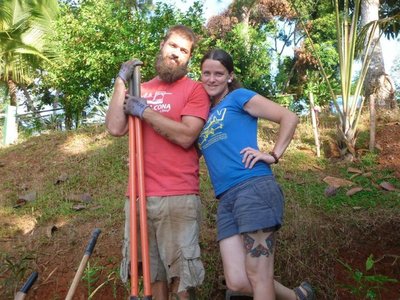 Just a final few thoughts: The magic circle has been one of the most enjoyable projects I’ve undertaken on our tour de fincas. Beyond building more magic circles, Emma and I hope to explore more permaculture techniques this year. Our next prospective project has a horrible name but seems very well suited for those times when there are a lot of branches or stumps lying about (which Glenaven has): Hugelkultur uses large pieces of rotting wood to create long rows of fertile landscape.

As for you, dear reader, I want to suggest that those of you with small bits of land at your disposal give it a go. I’ve encouraged composting in the past, and this is a way to do it with even less work. Not to mention, you get some delicious fruit (or what have you) from the afternoon of effort. I’d also say that the magic circle is an awesome project to do with the kids as they’ll learn a bit about how food grows, they’ll get to enjoy being part of the process, and they’ll get to eat their own crops (without the hassle of having to maintain a garden).